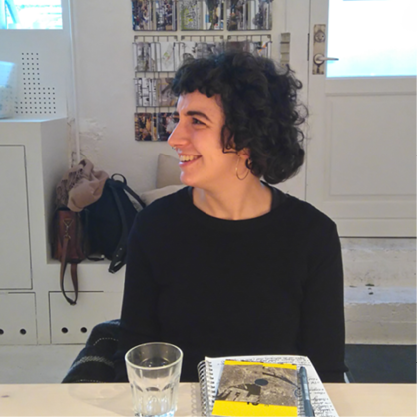 Good urban design is all about context. Most designers understand that simple rule, but many of us have to face a major challenge: how to transfer strategies, tools, and processes from one context to another. And I’ll admit that when I first began my urban design studies in Copenhagen, I struggled with that question a great deal. As an American, I thought that Copenhagen was some kind of magical paradise: the government invests in public spaces and infrastructure, everything is well designed, and the streets are full of beautiful, blond people riding their bikes to jobs that pay a comfortable living wage. How, I wondered, was I ever going to apply principles of urban design from this Scandinavian wonderland to the auto-dominated wastelands of the United States?

Over the course of my four months in Denmark, however, my thoughts on the matter shifted a great deal. Firstly, of course, I learned that Copenhagen is far from perfect, and there is always more work to be done. And secondly, I realized that while plopping down a perfect replica of Strøget in the middle of Dallas, Texas might not be the best idea, the tools and strategies used by urban designers in Copenhagen can be adapted to suit many different contexts, including my American one.

As the end of my semester approached, I started thinking hard about what tools and strategies I was going to take home with me. I’m not talking about different kinds of diagrams or Photoshop tricks; I was after the less tangible stuff, the forms of outreach and collaboration that help designers design with people, not just for them. Thanks to my urban design professor Rasmus, I was fortunate enough to spend one of my final days in Copenhagen having lunch with the arki_lab team and chatting about their design processes and the challenges of working across contexts.

One of the most valuable pieces of advice I received was the importance of collaboration. If you want to work with a community and get a sense of its needs, partnering with a local organization can make it much easier to connect with different users. For arki_lab, this often means working with local municipalities and urban renewal projects in Denmark. In America, where municipal governments often lack the money to invest in urban improvements, this might mean partnering with local nonprofit and grassroots organizations dedicated to community improvement.

The arki_lab team also emphasized the importance of experimenting with different tools. They’ve developed several different ways of engaging with community members and allowing them to take design into their own hands, developing ideas that designers can then turn into a cohesive project. While the arki_lab tools have worked well for their projects, they stressed that I’ll need to test out many different ways of engaging people to figure out what works best in my context.

Finally, when it comes to the actual design process, the team talked about the complex balance between community members’ knowledge and the designers’