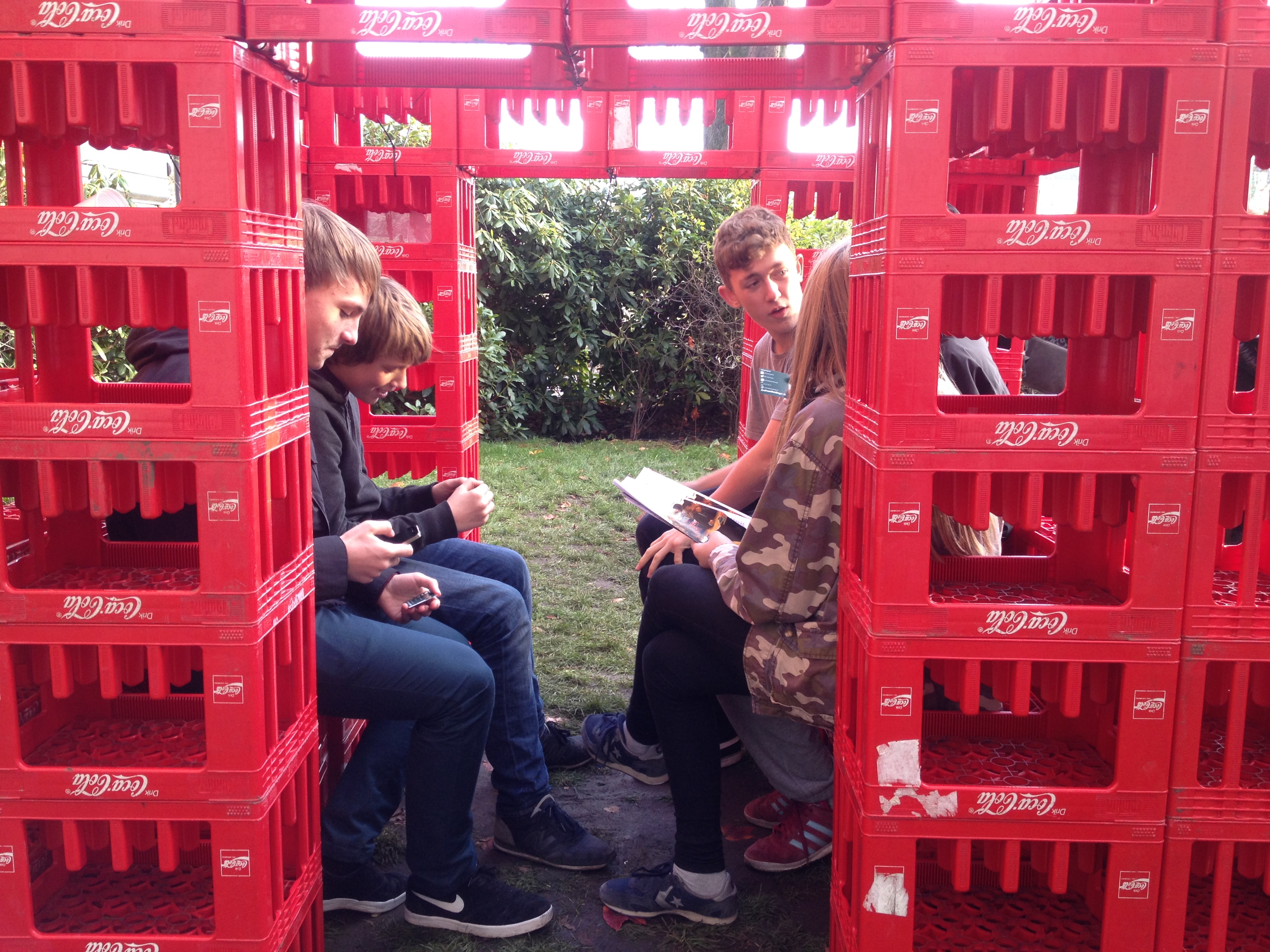 The prototype and exhibition phase of the workshop aimed to gather insights and analyses in the physical development of the student’s design ideas. The students were now challenged to create design concepts for urban furniture to be placed in the small, open space designated for recess. Group goals included the creation of new spaces that invoke creative play, social interaction and provide areas for seating. This brainstorming involved looking at a broader picture of how the school functions beyond education and how their designs could inform users.

The result was a four day design build workshop where students built 1:1 prototypes using soda crates. The use of soda crates allowed students to build and test ideas repeatedly and see how changing the built form could influence how people used the space. The transformation of the space with these prototypes were a direct reflection of the students ideas. The process allowed the students to cycle through the creative design process from start to finish and see their ideas materialize into a real, usable urban space.

After the prototypes had been built, students were given the task of creating posters and collages displaying their design ideas. They used different methods of visual representation to showcase their ideas to the public, mainly consisting of collage techniques.

The entire project culminated into an open exhibition of the student’s work. The students sent an invitation inviting the public to join in their efforts to realize their design ideas. The invitation was open to all and attracted a broad range of interest groups. The private viewing of the exhibition brought together the entire school, parents, teachers and politicians to name a few. The exhibition was a success and led to students being interviewed and provide personal feedback on
the workshop. The interviews were published in the local newspaper and received positive feedback from the public.